The Bradley International Print and Drawing Exhibition is the second-longest running juried print and drawing competition in the country. Every two years it features the best contemporary graphic artwork from around the globe.  This year’s exhibition will be held at five prominent Peoria Illinois Galleries, The Contemporary Art Center of Peoria, Prairie Center of the Arts, Studios on Sheridan, and on campus at Bradley University at Heuser Art Gallery and Hartmann Center Gallery.  The 36th Bradley International will be juried by Kathryn Polk.  Polk (born 1952) studied at the Memphis Art Academy and The University of Memphis. She lives and works in Tucson, Arizona where she is the co-owner of L VIS Press, a lithography print studio.  Polk will present a visual voices lecture March 9th at 5pm in Horowitz Auditorium, Caterpillar Global Communications Center.  Three substantial awards will be selected by the juror and announced at the lecture. 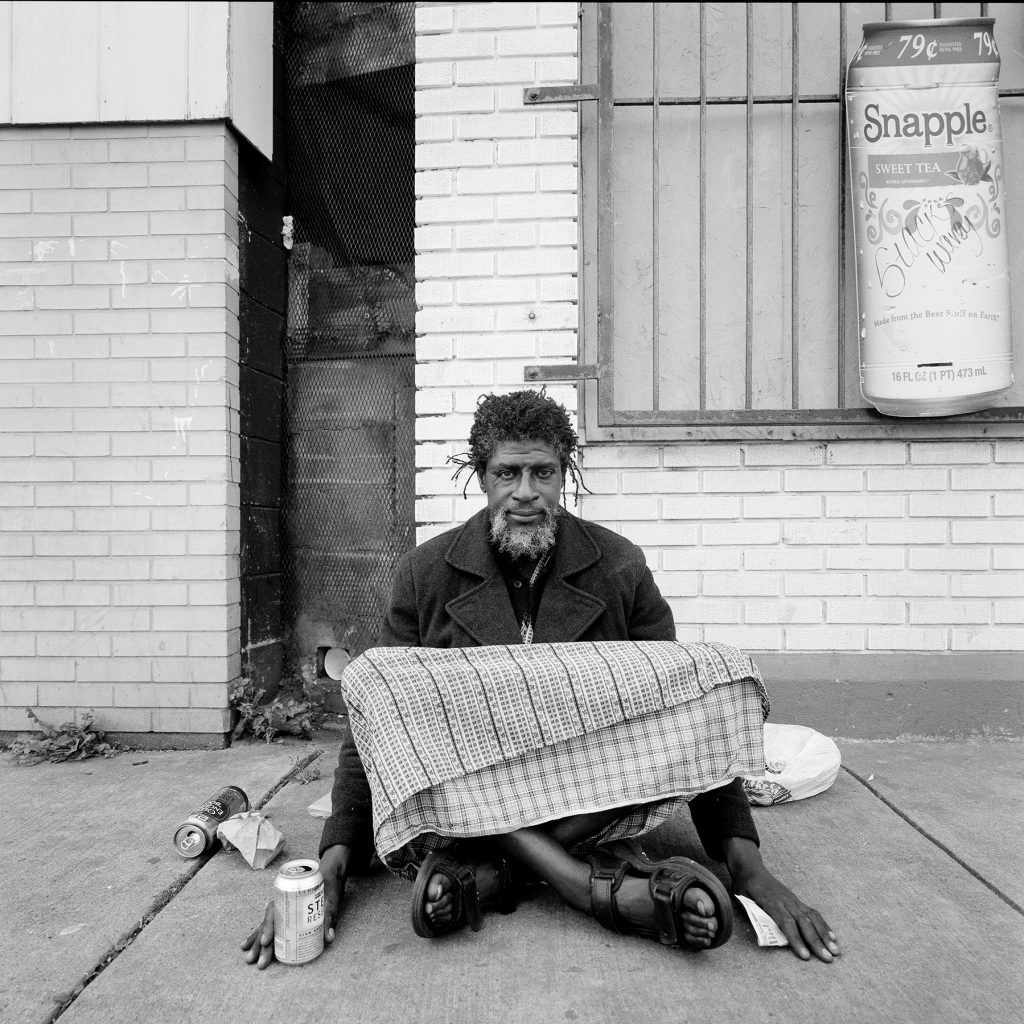 Edgar Praus is a professional photographer with a career that spans over thirty years.  He holds an MFA from the Rochester Institute of Technology School of Photography and Graphic Arts and has exhibited his work nationally and internationally.  Praus owns one of the last traditional full service professional film and print processing labs in the U.S. serving a worldwide customer base.

From the artist:
In the 1970’s as a young photographer, fresh out of graduate school I photographed the natural world. Beginning in the early 1980’s and inspired by Walker Evan’s photographs of the Great Depression, I began to photograph the remnants of small-town America and the culture of the highway. Over thirty years this has matured into an extensive body of work.

In the summer of 2013, I ventured into new territory and began doing street portraiture in the urban core of Buffalo, New York. This departure from my previous work has invigorated my outlook and sharpened my gaze while at the same time helped me realize that there is a common thread between all of my pictures. For example, a recent portrait of a stoic and grizzled war veteran shares the same quiet presence and dignity as my earlier studies of vernacular architecture.

My subjects include those in society that seem to have been passed up by time and forgotten by the “system”. They all suffer most of the consequences of the social issues of today including the unequal distribution of wealth, poverty, unequal educational funding, crime & incarceration, health issues and the increasing cost of living. These individuals have a real human dignity and are simply doing what they have to do to survive but the safety net seems to have collapsed around them. Anyone remotely familiar with the city of Buffalo understands that it is a once great city that was dealt several blows in the Post War economy. Its residents – my portrait subjects – seem suspended in time, as much in decline as their city itself. Pan handlers, prostitutes, and can-collectors wander the streets looking for sustenance. On the streets we meet and come together to make photographs. I also look for hope and renewal, documenting the urban farmers and renovators. With over 16,000 vacant lots turning into urban prairie, Buffalo continues to change, hopefully for the better, and I aim to document this transition with my photography.

The works have been exposed on film and are printed using traditional wet darkroom procedures.

Learn more about the artist online at: www.highwayproject.org

The Department of Communication and the Bradley University Galleries welcomes Bill Frakes, a visual storyteller and educator based in Florida who has worked in every U.S. state and in more than 138 countries for a wide variety of editorial and advertising clients. Clients include Apple, Nike, CocaCola, Nikon and Reebok. His still photographs and short documentary films have been featured on hundreds of websites and on most major television networks. He was a member of the Miami Herald staff that won the Pulitzer Prize for their coverage of Hurricane Andrew and has received hundreds of national and international awards for his work. He has lectured at more than 100 universities, discussing multimedia and photojournalism.

Learn more about the artist online at: www.billfrakes.com 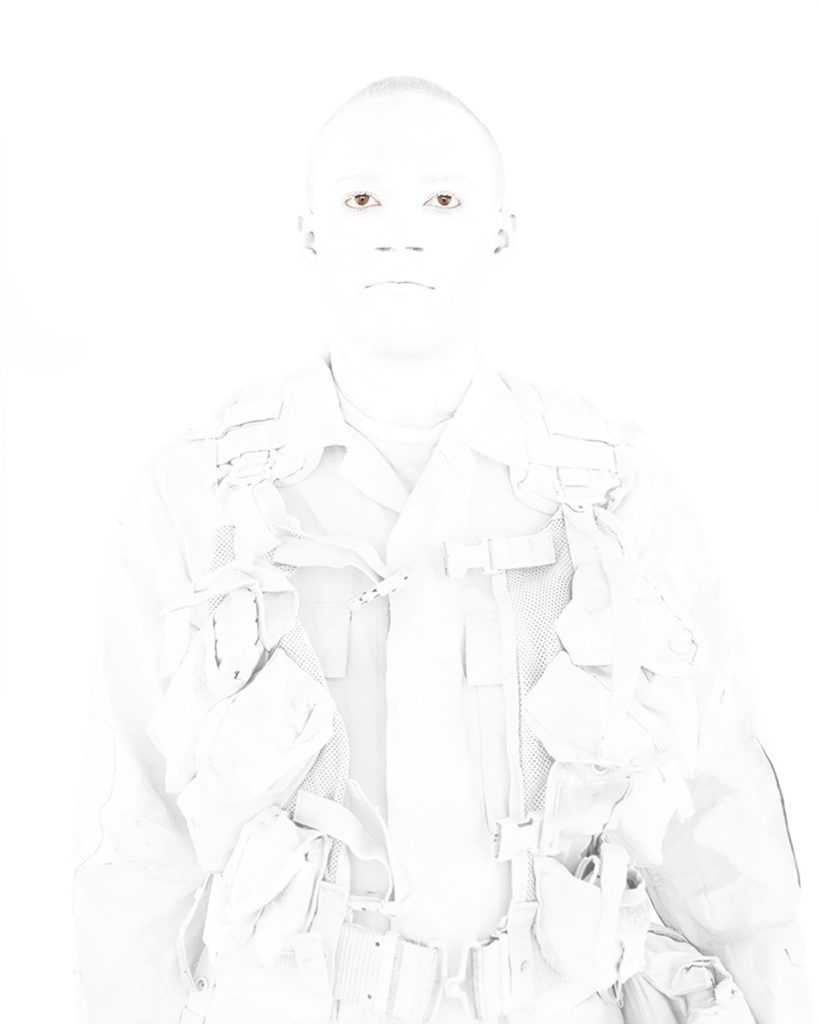 The Bradley University Women’s and Gender Studies Program, in collaboration with the Bradley University Art Galleries, will host the juried exhibition I Witness: Activist Art and Social Movement Politics at the Heuser Art Center and Hartmann Center Gallery, August 8 – September 23.  The exhibition will feature artists whose work addresses issues of social justice and political engagement.  The goals of the exhibition include bringing awareness to contemporary political and social justice issues and creating a platform for discussion of political and social justice issues through the visual arts.

Krista Wortendyke is a Chicago-based conceptual artist. She received her MFA in Photography from Columbia College in 2007. Her ongoing work examines violence through the lens of photography. Her images are a result of a constant grappling with the mediation of war and brutality both locally and globally. Her work has been exhibited at the Museum of Contemporary Photography, Packer Schopf Gallery and David Weinberg Gallery in Chicago, SOHO20 Gallery in New York, and many other venues across the United States. Additionally, Krista’s work is part of the permanent collection at the Museum of Fine Arts Houston and the Museum of Contemporary Photography. Krista is currently an adjunct professor of photography at Columbia College Chicago.

Margaret LeJeune is an image-maker, curator, and educator with an interest in issues of constructed gender, sexism, power dynamics, and stereotypes. She earned her MFA in Visual Studies from Visual Studies Workshop. Her work has been exhibited at numerous galleries and museums including The Griffin Museum of Photography, The Center for Fine Art Photography, Newspace Gallery, Workspace Gallery, Morean Arts Center, and the Candler Field Museum. She currently serves as associate professor of photography at Bradley University. 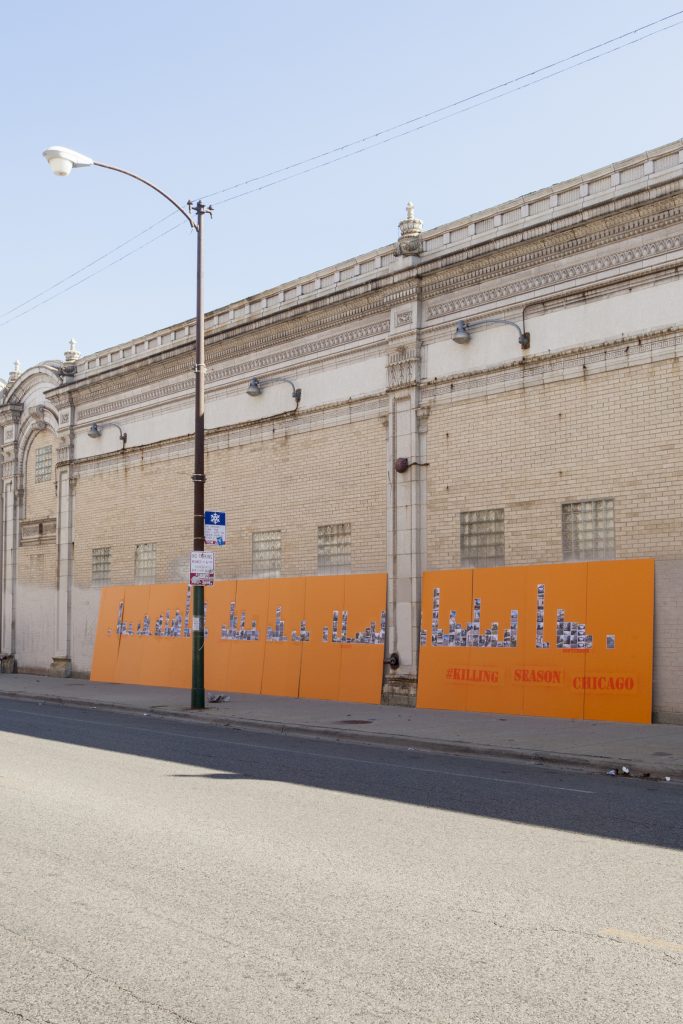 A photographic installation by Chicago based artist Krista Wortendyke will be one display in the Heuser Art Center 2nd Floor Hallway August 8 – September 23.
From the Artist:
Beginning on Memorial Day and ending on Labor Day of 2010, I tracked the homicides within the city limits of Chicago. Once the crime scenes were processed and the red tape was taken down, I visited and photographed the site of each murder. There were 172 homicides within that time period of roughly 3 months. The resulting physical piece is a 65-foot long installation of the photographs against a caution-orange background placed in a chronological graph. The form draws attention to the homicides and their frequency in a schematic way. Moving left to right in the piece, there is one column for each day the project spans. Stacked photographs in each column reflect the number of homicides that day as well as document each crime scene. From afar, the arrangement mimics a city skyline and begs the viewer to consider whether this violence is part of the fabric of the urban environment. The sheer number of images coupled with their small size (5.5” x 8.25” and 5.5” x 3.67”) forces the viewer to come in and take a closer look. What they find are quiet, peopleless images of sites that all look vaguely familiar; sidewalks in front of two-flats, garages in back alleys, gangways, playgrounds and street corners. What they will also find is the occasional scraps of red or yellow tape, RIPs scrawled on walls, piles of stuffed animals, impeccably arranged empty liquor bottles and a metal cross nailed to a tree. These small clues indicate that these are not just arbitrary locations, but the settings of murders.
Bio:
Krista Wortendyke (b. 1979, Nyack, New York) is a Chicago-based conceptual artist. She received her MFA in Photography from Columbia College in 2007. Her ongoing work examines violence through the lens of photography. Her images are a result of a constant grappling with the mediation of war and brutality both locally and globally. Her work has been exhibited at the Museum of Contemporary Photography, Packer Schopf Gallery and Weinberg/Newton Gallery in Chicago, The Griffin Museum in Winchester, MA, and many other venues across the United States. Her work is also in the permanent collections of both the Museum of Fine Arts Houston and the Museum of Contemporary Photography in Chicago. Krista is currently an adjunct professor of photography at Columbia College Chicago and Loyola University. 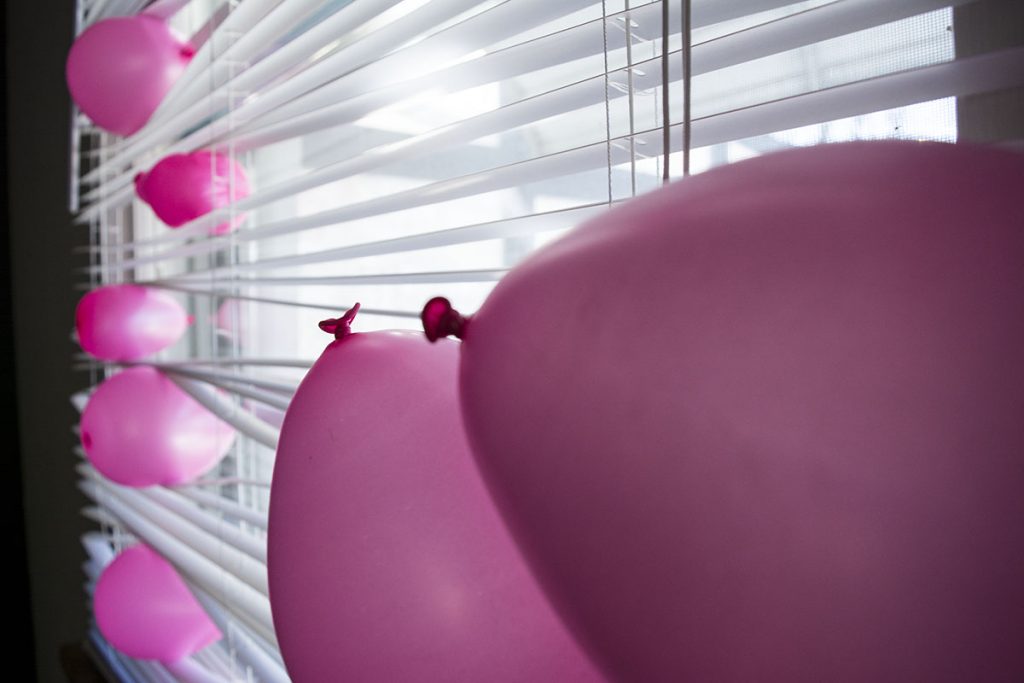 An exhibition featuring the work of Master of Fine Arts candidate Jessica Bingham will be on display in Hartmann Center Gallery May 4 – 13. 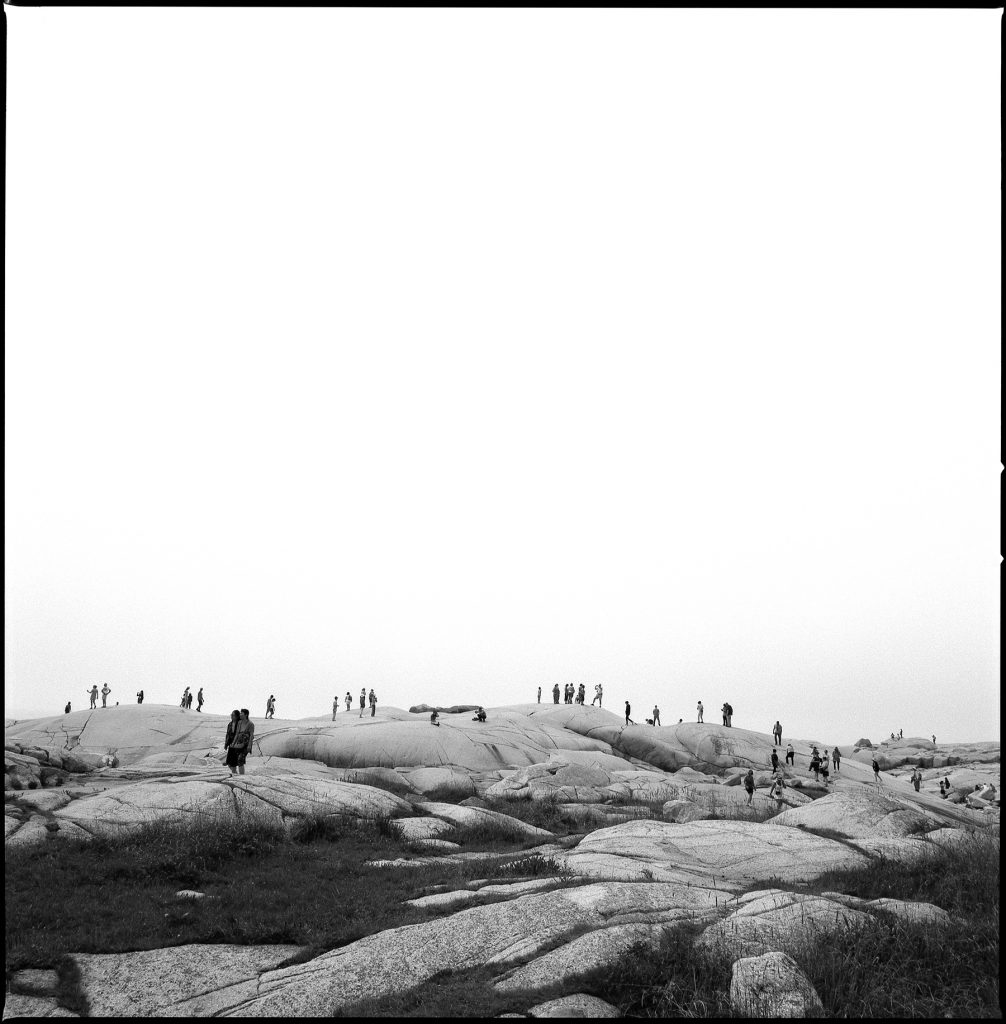 The Bradley University Photography Society exhibition-fundraiser Considering Light and Time includes work from students, faculty, and alumni. All of the works have been generously donated to help support programming for the 2016-17 academic year. The exhibition was juried by alumni photographers Heather Sweet McCormick ‘14 and Crystal Campos ‘13. The following artists have work in the exhibition: 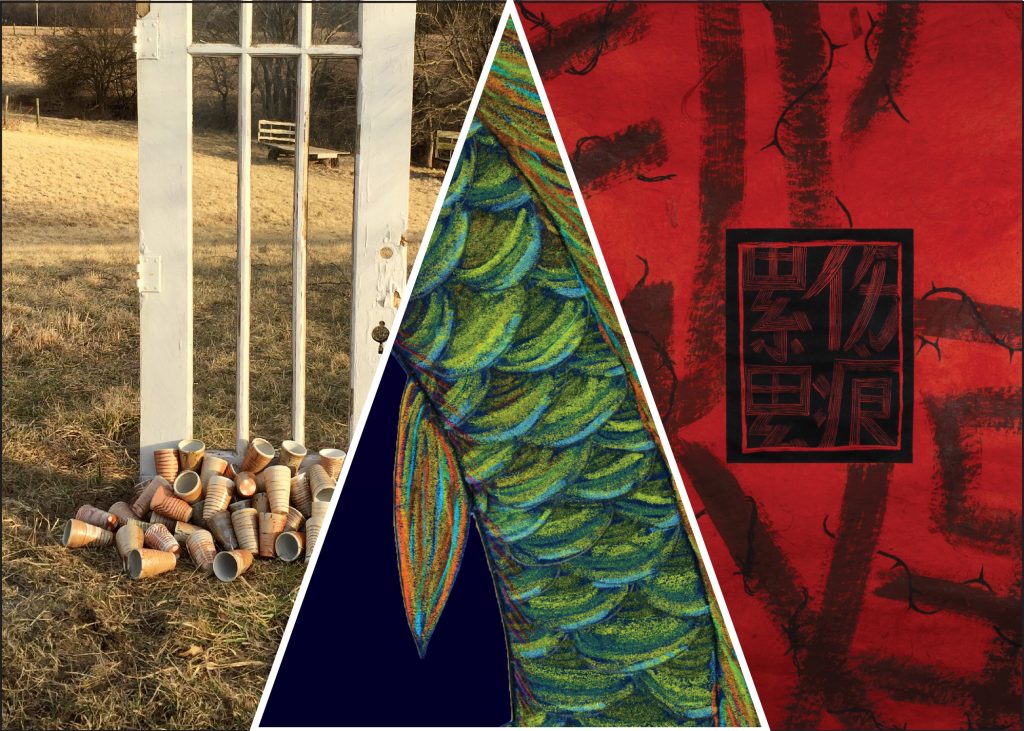 Gallery Hours:
Monday – Friday 10am – 3pm
or by appointment 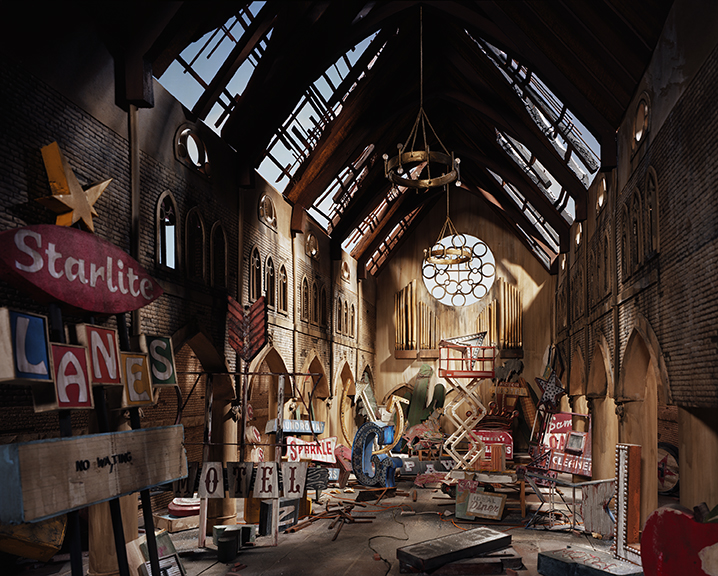 Photographer Lori Nix will present this year’s Bunn Lectureship in Photography Thursday April 7th at 5pm in Horowitz Auditorium, Caterpillar Global Communications Center. The City, a series of photographs from Nix’s book by the same name will be on display in Heuser Art Gallery April 4th – May 3rd.

From the artist:
“I consider myself a faux landscape photographer. I build meticulously detailed model environments, and then photograph the results. Through the photographic process the fictional scene is transformed into a surreal space, where scale, perspective, and the document of the photograph create a tension between the material reality of the scene and the impossibility of the depicted narrative. In this space, between evidence and plot, the imagination of the viewer is unlocked, engaged, and provoked. I want for my scenes to convey rich, complex, detailed, and, ultimately, open-ended narratives.”

This program has been made possible by the generous support of The Bunn Lectureship in Photography series. Endowed by a generous donation from Bradley alums, Jacob and Lorrie Bunn, for the past 20 years The Bunn Lectureship in Photography has brought nationally and internationally recognized photographers to Bradley’s campus. With the goal of broadening and enriching students’ educational experience, this program supports exhibitions, lectures, and workshops where students benefit from direct interaction with professional photographers.

Learn more about the artist and project at: http://www.lorinix.net 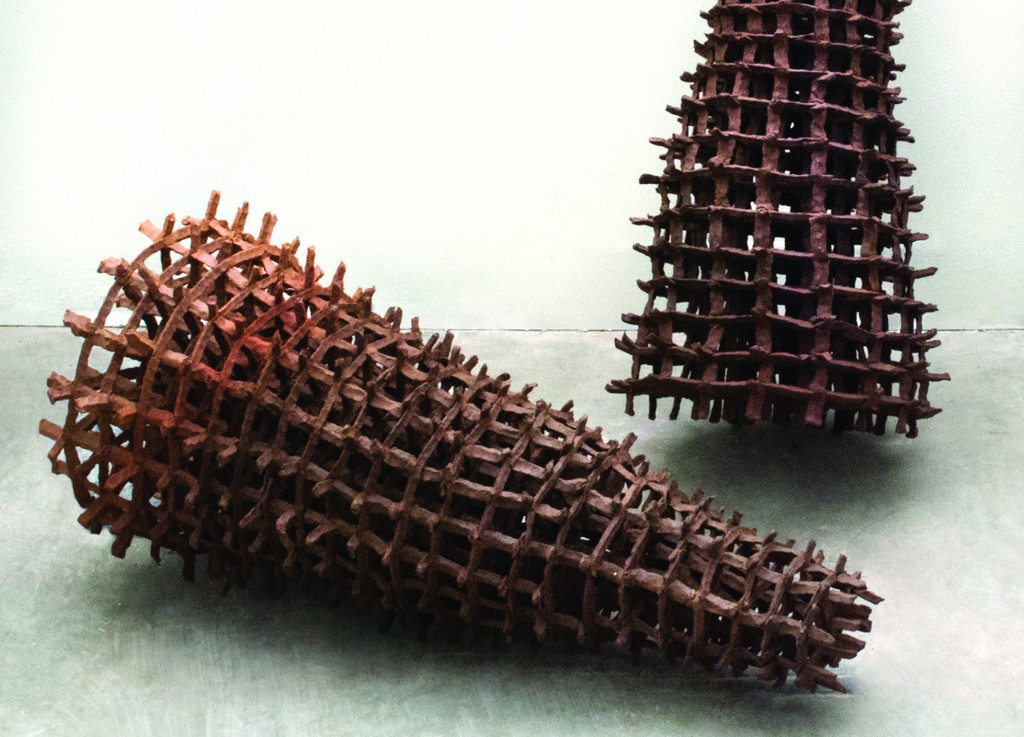 This exhibition is the fifth installment of the biennial juried exhibition of ceramic artwork, Central Time Ceramics.  The show brings together ceramic artwork from across the Central Time Zone to a city not only centrally located but also commonly associated with the central United States: Peoria, Illinois. Assembled in Peoria at the Bradley University Galleries are 59 ceramic works by 49 artists living and working in the Central Time Zone. From Minnesota to Texas, the locales represented are as varied as each artist’s aesthetic, yet the level of craftsmanship and innovation remains high throughout.

“Central” often refers to being in the middle, inferring sameness or mediocrity, yet the multiplicity of styles, methods and materials in this exhibition is anything but.  Juror Verne Funk, after forty years of teaching, retired from Texas Tech University with Professor Emeritus status. In 2007 he was accepted as a member of the International Academy of Ceramics. He is an active studio artist now living in San Antonio.  Verne has been a consistent exhibitor in regional, national, and international exhibitions.  His work is included in numerous public and private collections and is pictured and/or reviewed in over forty books.  He started his career as a potter and slowly moved into sculpture. His ideas are grounded in the human figure and the human condition. It is a sober humor that infuses much of the work.

Funk has superbly selected a diverse group of work full of color, technical expertise, and experimentation. This exhibition may be centrally located yet it depicts the Central Time Zone as a multifarious region including diverse perspectives on the materials, methods, and styles of contemporary ceramic art. Bradley University Galleries is proud to announce the following artists will be exhibiting in the 5th Biennial Central Time Ceramics juried exhibition;