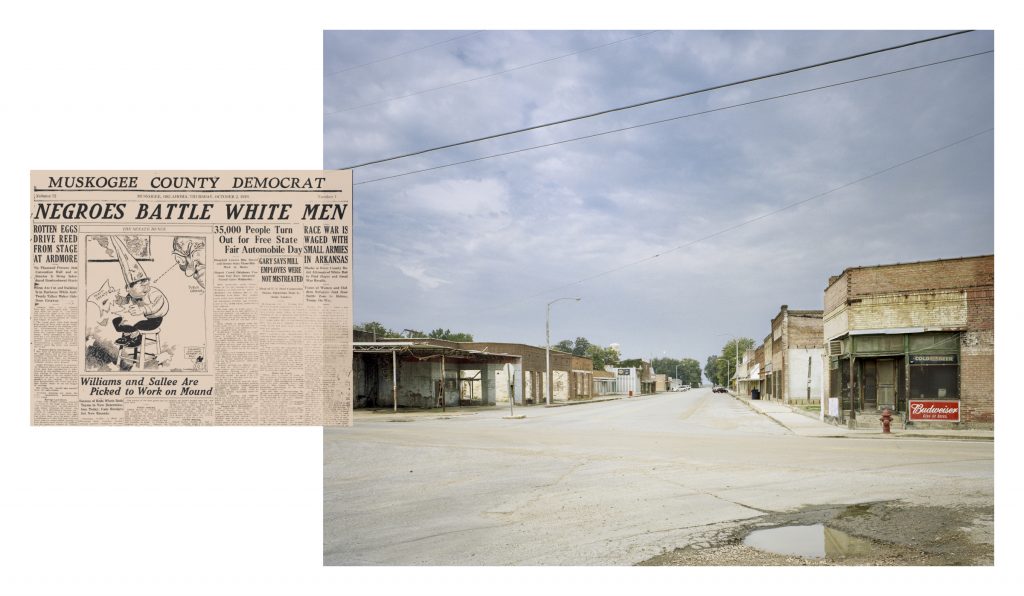 Photographer Wendel White will present this year’s Bunn Lectureship in Photography Friday October 13th at 5:30pm in Neumiller Lecture Hall, Room 145 in Bradley Hall. Haunted Places: The Veil of Race in the American Landscape, will be on display in Heuser Art Gallery August 28 – October 16.

From the artist:
“The veil (DuBois) has been a visual metaphor for the representation of race within my work for several decades; particularly in the two projects known as, “Schools for the Colored” and “Red Summer.” Each is concerned with the remnants of America’s complex and unresolved history of race. The “Schools” project is a photographic portfolio of the segregated buildings and sites for the education of African Americans located in NJ, PA, OH, IN, and IL. Though we still operate a system of deeply segregated schools in many parts of the country, this project is concerned with the architectural remains of legally imposed segregation between the late nineteenth to mid-twentieth century. The images in the “Red Summer” portfolio are landscapes made in various locations throughout the U.S. combined with images of contemporaneous newspaper articles  The title refers to a series of deadly race riots that swept across the country during 1919. The photographs describe some of the locations where significant racial conflict occurred between 1917 and 1923, using Red Summer (1919) as a center-point for an era of significant racial violence in post World War I America. The newspapers are the veil of information through which most of the country as well as many in the international community, understood and misunderstood these events.”

This program has been made possible by the generous support of The Bunn Lectureship in Photography series. Endowed by a generous donation from Bradley alums, Jacob and Lorrie Bunn, for over 20 years The Bunn Lectureship in Photography has brought nationally and internationally recognized photographers to Bradley’s campus. With the goal of broadening and enriching students’ educational experience, this program supports exhibitions, lectures, and workshops where students benefit from direct interaction with professional photographers.

Learn more about the artist and project at: http://wendelwhite.com/