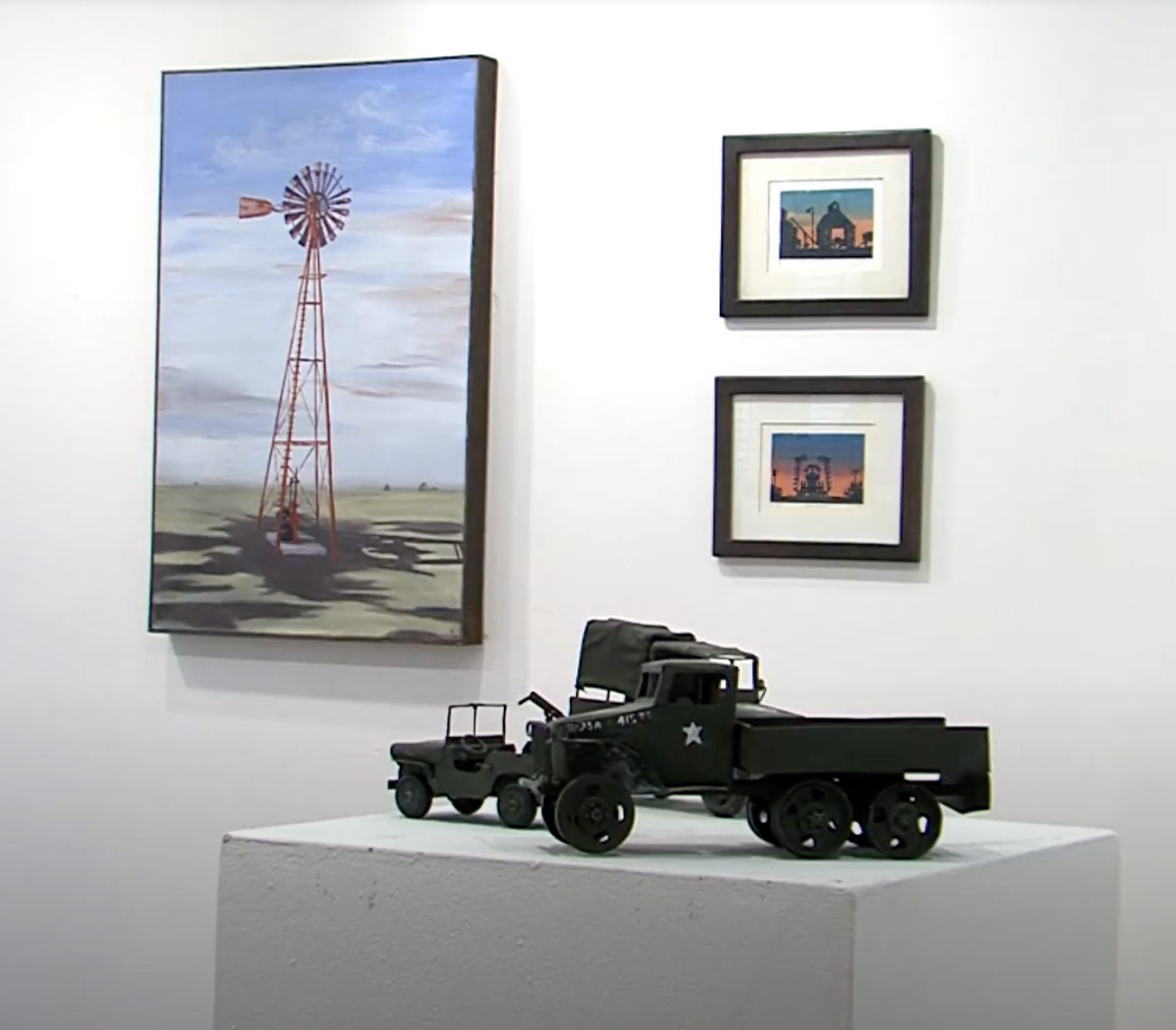 Brian Kjellenberg was the sculpture area technician for around fifteen years.  Affectionately known to everyone as “Kj”, he was a retiree from his work as an aircraft engine mechanic at the 182 Airlift Wing National Guard base in Bartonville.  After previously enrolling at Western Illinois University, he began to take sculpture and printmaking classes at Bradley.  We were able to offer him the part time sculpture technician position at a point where there was an opening.   Kj could fix anything, and enjoyed building tables, stools and cabinets. Kj opened the studio at 8 am on the days he drove in from Yates City and always had a pot of coffee brewing for everyone.  He was prolific making sculptures out of a number of different materials.  His energy and playful spirit kept the studio warm, and his handiwork, and some of his artwork, are daily reminders of him in the sculpture studio.  We are very pleased to honor him with a solo exhibition and hope you are also warmed by his playful nostalgia.