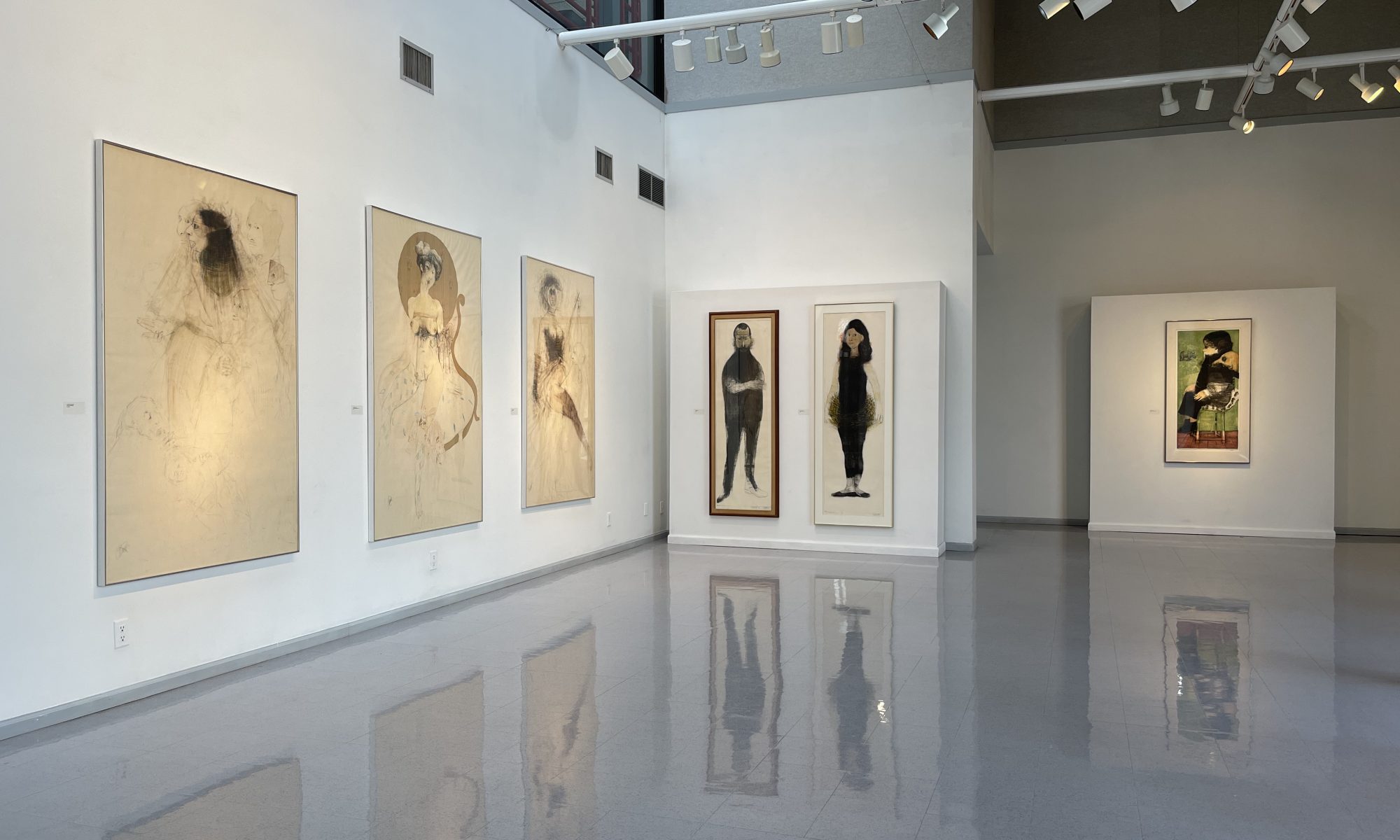 Mauricio Lasansky (1914-2012) has been described as one of the fathers of 20th century American printmaking. With his masterful technique, Lasansky expanded the field of intaglio printmaking—a process that combines methods of engraving, etching, drypoint, and aquatint to create an image on a metal plate that is then pressed to paper. Born in Argentina but having lived most of his life in Iowa, Lasansky taught at the University of Iowa. where he developed a printmaking workshop that became one of the best in the world. His son, Leonardo Lasansky followed in his father’s footsteps with vivacious drawings that conjure topics from the intensity of war to the sensuousness of human intimacy. The younger Lasansky has an international exhibition record that includes the Brooklyn Museum and the National Museum in Poland. He has chaired the department of studio arts and art history at Hamline University in St. Paul Minnesota since 1995. These works by this father and son pair demonstrate the quality of works housed within the Bradley University Collection.