So nothing like starting the new season of theatre productions with a challenge! Totally about America’s most famous tv family, but without directly showing them.

Here is the brief plot: Shortly after an unspecified apocalyptic event, a group of survivors gather together and begin to attempt to recount the episode “Cape Feare” of the television show The Simpsons. The second act picks up with the same group seven years later, who have now formed a theatrical troupe that specializes in performing Simpsons episodes, with commercials and all. The final act is set an additional 75 years in the future. The same episode of the Simpsons, now a familiar mythos, has been reworked into a musical pageant, with the story, characters, and morals repurposed to fit the artistic and dramatic needs of a culture still reeling from destruction of civilization and the near-extinction of humanity decades earlier.

Some of my creative process: 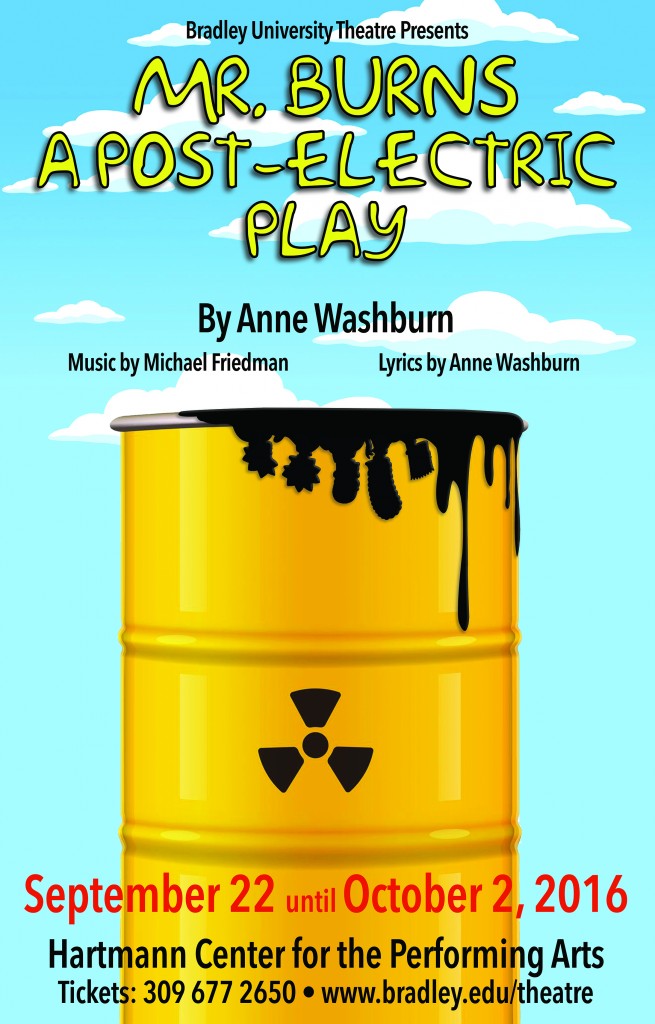 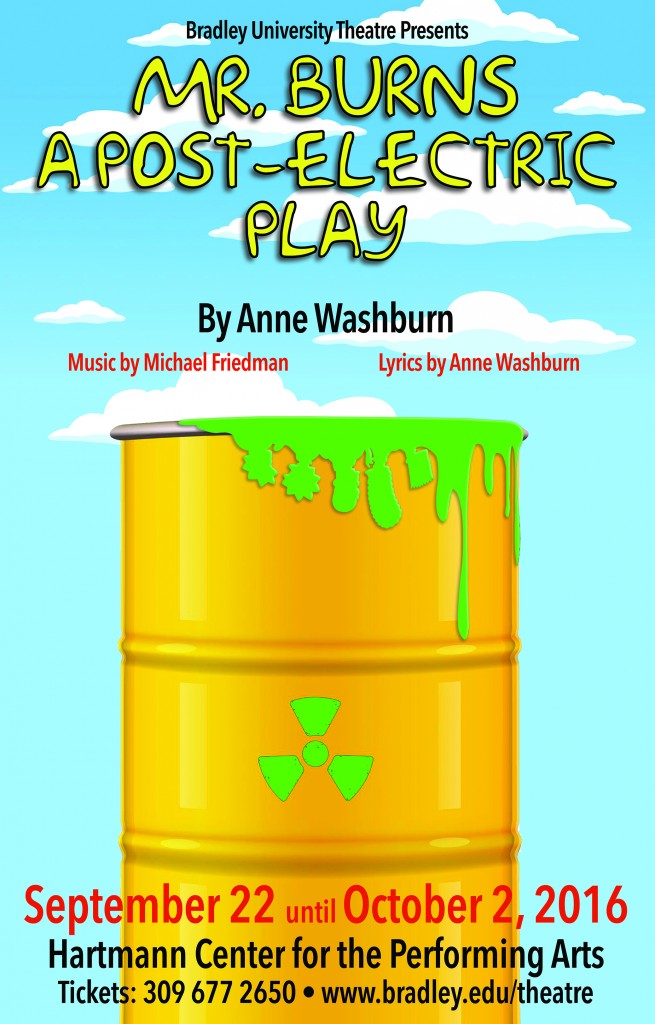 And here is the final design for Mr Burns: A Post-Electric Play: 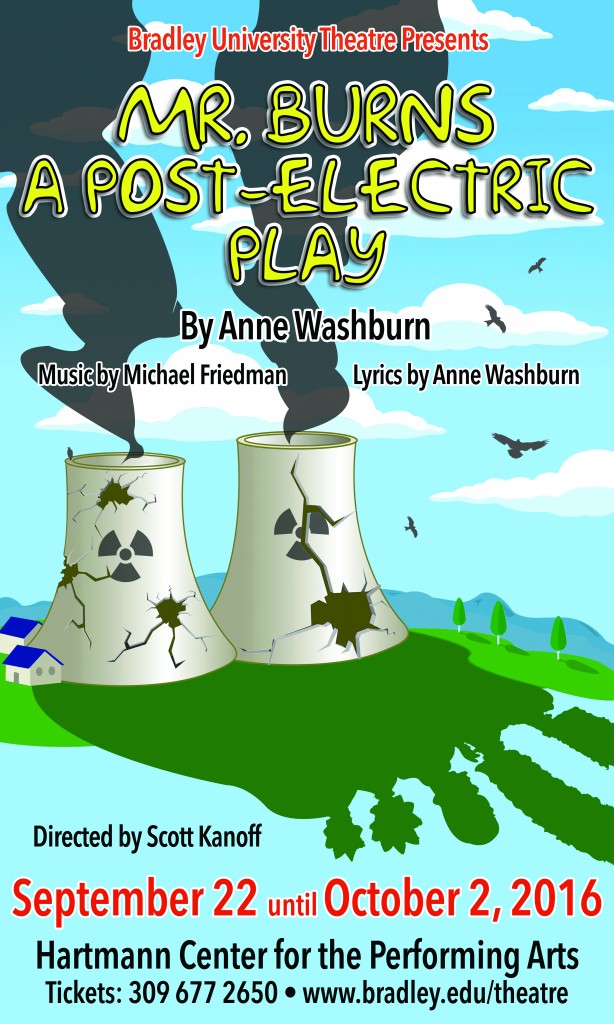