The 2016-17 Season of wonderful plays is going out with a good old Shakespeare masterpiece – Twelfth Night. This particular rendition is set around the early twentieth century, in New Orleans. With these two ‘prompts’ and some good discussions between myself and the director, here is the promotional piece we arrived at. Playful interaction between words from the script itself, Mardi-Gras, and Feste, the Jester. With just a subtle ‘nod’ to the era through the surrounding border. 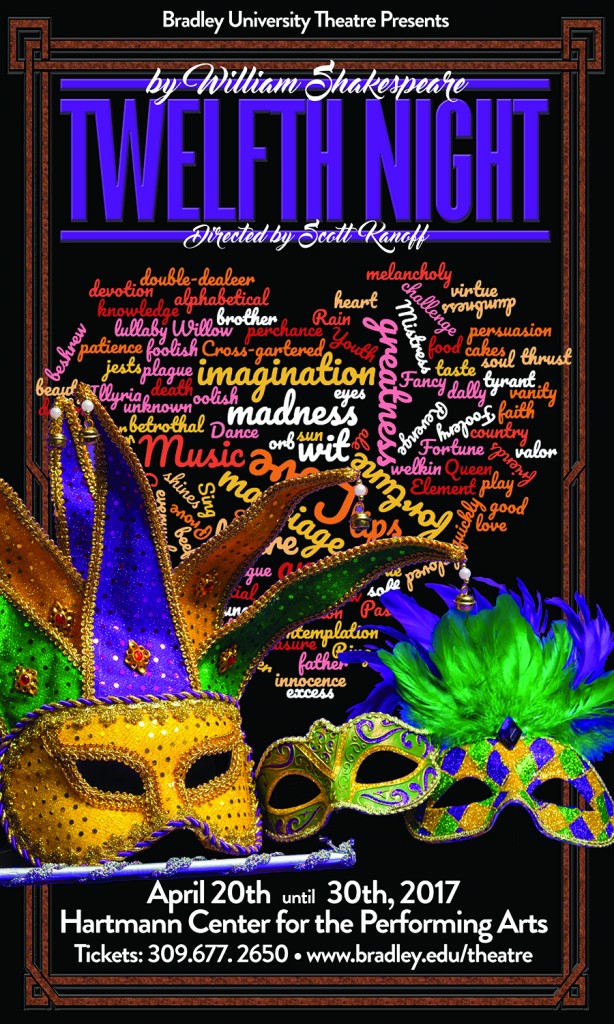