Okay, so after a lot of visual research and a couple of ‘on-site’ background photo-shoots, I finally developed four compositions I was happy with, focused around the observations of the ‘barfly’ character. All fictitious, but also with hints of individuals from my life and social circles. The concept of the series is that each piece loosely narrates pseudo-traits associated with them; knowledge, humor, wisdom, and ignorance.

My aim is to transfer onto linoleum next week and then start cutting, but then the problems start because 1. I think I have initially included too many details on all four compositions. I won’t know for sure until I try to reduce each one, 2. unlike my last relief print series, I’ve been far more vague on where to cut with these pieces – just hoping that I can figure it out as I go! Still, it’s all part of the challenge I suppose. And 3. I usually feel more comfortable working on one thing at a time, however in this case I want to be cutting at least two of the four at the same time (no, not literally with a gouge in both hands!), so this goes against my comfort zone way of doing things. Anyway, here is a shot of the four pencil comps ready to be traced down onto the linoleum (next week), *the bottom right one has already been turned over and taped down. 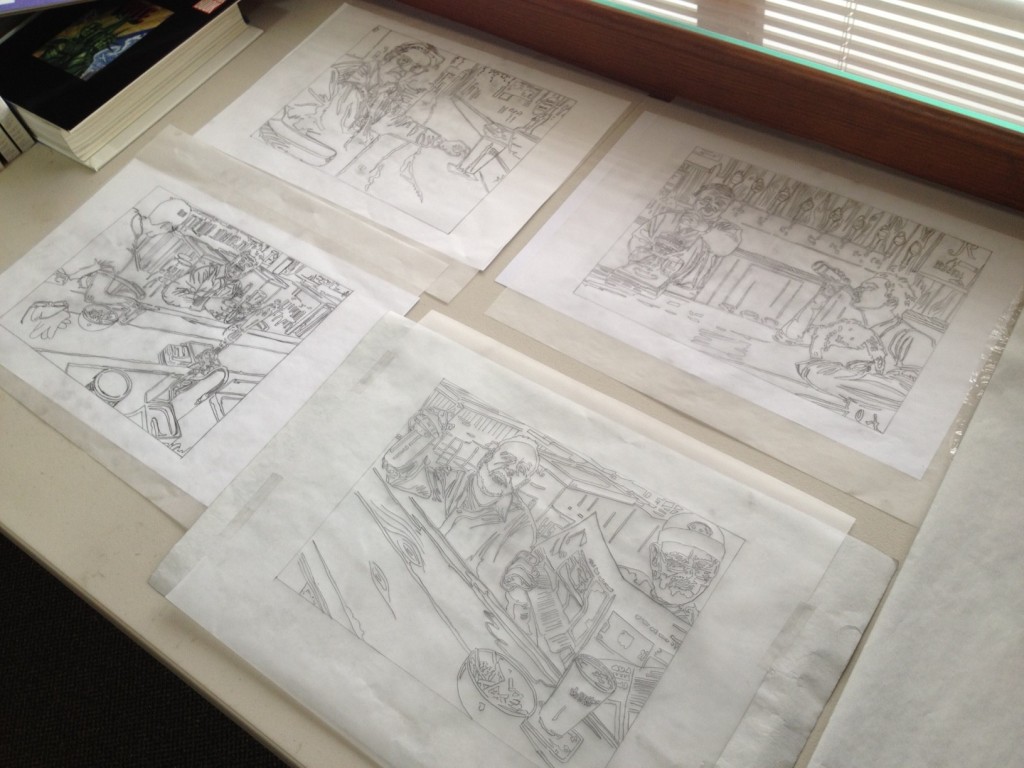