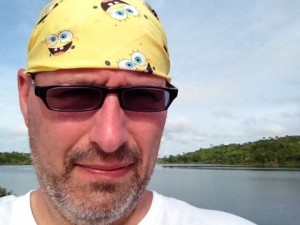 Up at around 5:30am. This isn’t quite as crazy as it sounds. Out in the rainforest natures lights are literally switched off at 6:30pm with no lighting coming from the village (they have a generator but only out it on occasionally), so we have little choice but to retreat to our boat and call it a day, usually going to bed early – around 9pm. Usual routine of cold shower, breakfast, team doing devotions and me catching up on my post from the day before. Then we took the boat back over to the village and jumped out. We were heading to the main school house first to introduce the team to the community and also to give the kids of the village a cookie and juice, then fluoride treatment and toothbrushes. 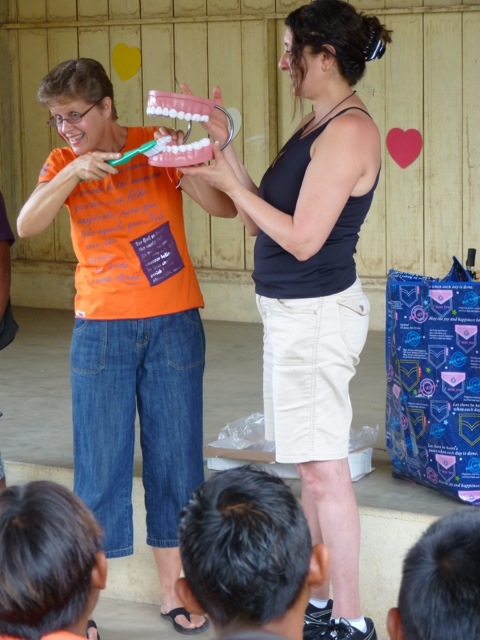 I’m not sure what my expectations of the people of the village was but as they all descended on the central meeting place I was stunned by the cuteness of the – very shy- kids. I was also a little disturbed by the lack of older people. I believe that the average age is pretty good, maybe into their 60’s, but infant mortality is a problem, as with many of these places. I can only guess that many of the elderly stayed in their homes during our visit as we mostly saw a lot of children and young adults . 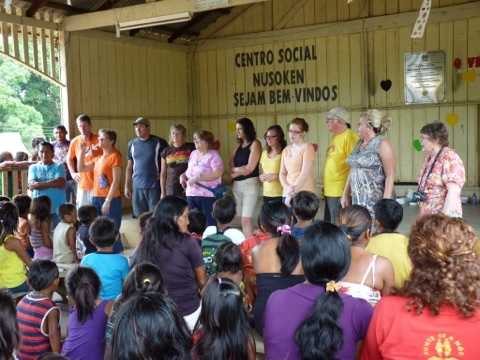 As the mission team went about their work,I circled the building trying to take photographs of people ‘off guard’ however, as they became more assured they began to pose for the camera. It was amazing being able to take a photograph and then show the shot to the individual, in the case of the kids and some younger adults, this resulted in a fit of giggles every time!

Next up, After taking quite a number of great images, I went back to the boat were I could drop my camera off and pick up my work gloves ready for some serious construction work! First thing we had to do was to take the corrugated sheets off the top deck of the boat, transfer them to the roof of our smaller craft, then transport them to the bank where we had to carry them up the hill, through the village to the building site. Now this hard labor just so happened to coincide with it being the sunniest, hottest, most humid day of the trip so far – typical! Myself, and my work colleagues, Randy and Patrick then pitched in with any laboring work needed alongside the local workmen from the village, including the chief, who’s name was Joao, and gradually the roof frame began to take shape. Lunch and siesta time called a halt to the work – thankfully, and we retreated back to the boat for a much needed rest, change of shirt and food. As with previous attempts, Siesta wasn’t going to happen for me, so I watched the rest of Harry Potter on my iPhone (gotta love technology – just a shame I couldn’t get a wifi signal to text home 😉

The afternoon session was slightly different for the team because they were going to talk/teach the older kids (the morning session saw them talking to the little ones). This meant we had to dock the boat a little further along the river bank. As the majority of the team headed up into the village, the construction team jumped into the smaller boat and speeded over to the usual village entrance to continue with the building. Everything was going fine until the usual dark ominous afternoon rain clouds appeared above and within a few minutes the heavens completely opened on us. All the workers made a swift retreat in a variety of directions. We found a dry spot in one of the village buildings that looked like it could be the church, although it was extremely small. As the storm passed over, we sat alongside Pastor Ruben and the village chief and listened as they discussed plans for a much bigger, elaborate church building (conversation is a little tricky as there appears to be a mixture of Portuguese, Spanish and the natural language of the tribe who are the ‘Satere Maue’ tribe, almost certainly descendants of the Incas, I believe.

Once the storm had passed, we heard the sound of the chain saw signaling the fact that they had re commenced construction, so we headed back along the very muddy path. With the sun back out, we managed to get a good hour or so of extra work in – enough to finish the main roof framework, then it was time to head back to the boat for the night, desperate for a shower, exhausted, but happy that (I hope) we helped/contributed and weren’t just a bunch of ‘outsiders’ getting in the way. 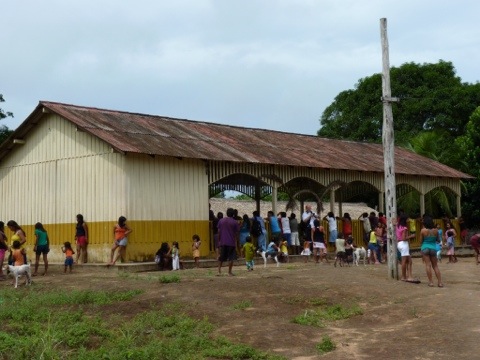